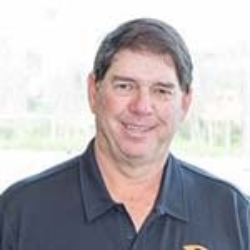 In this episode, I am joined by long-time PGA Tour putting coach, Pat Sellers. Pat has been coaching putting for nearly 40 years on multiple professional tours along with caddying for many players including major winner Tom Lehman. Pat talks about some of his greatest stories while caddying including a backstage Eagles concert. He also talks about his 5 Keys to Putting Sucess he has developed after interviewing the world’s greatest putters including Jack Nicklaus and Tiger Woods. There is easily $100k worth of knowledge in this episode, and it WILL improve your putting.

Carter is an elite junior golfer, entrepreneur, and creator/host of The Perfect Par podcast.

Pat Sellers is a former PGA Tour caddie and is currently a PGA Tour putting coach.